The execution number 100 so far this year connected with organized crime happened in the division of Villas del Parque on the Colosio Oriente Boulevard Colosio. A former commander of the "Agencia Estatal Investigadora" AEI or "Sate Police Investigations" was executed at the front door of his residence.
The victim was described as Juan Gabriel Leal, who a year ago left the police agency and officials said he was attached to the specialized unit "Unidad de Combate al Narcomenudeo" (UCN).

Leal was attacked by gunmen at about 3 pm on Friday when had had just arrived at his home in the street Parque San Jorge.

It was also learned that the victim had been a police bodyguard for several top-level officials in the former and current administration.

Forensic experts and police investigators collected from the scene several spent casings an AK-47 and AR-15 type weapons that were found a couple of feet away from the body. In the mean time the Attorney General said that the state will proceed with a full investigation. 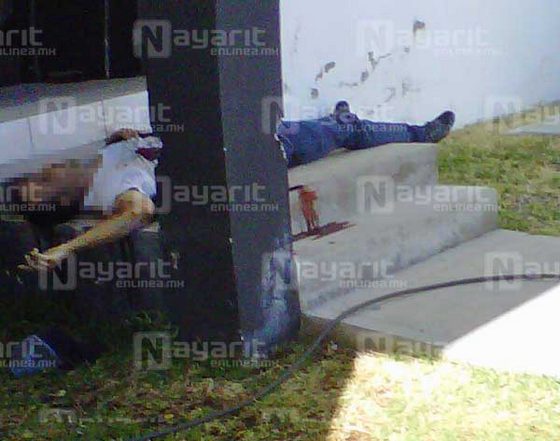